Pet Shop in Newcastle upon Tyne, Tyne and Wear

After becoming increasingly frustrated at the lack of well made leather dog collars that were a little bit unusual for a very special Westie named Harry, I decided to take matters into my own hands and learn how to make collars myself. Armed with the advice from a leatherworker in Newcastle (without whom I probably would have given up many times) the Petiquette website was launched on Christmas Eve 2009, and has grown from strength to strength ever since.

Originally the aim was just to make a little pocket money working from inside a dingy garage in my spare time, but three years later I gave up my day job and focused entirely on Petiquette, and have never looked back since. The dingy garage is now a gleaming workshop stacked high with various leathers, crystal and hardware, and is even beginning to look a little small for my needs!

Petiquette collars are entirely made by hand to order and as such can be designed to look almost exactly how you want.

We do not have any reviews about Petiquette Collars available right now. 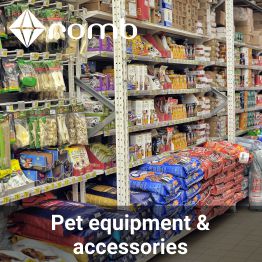